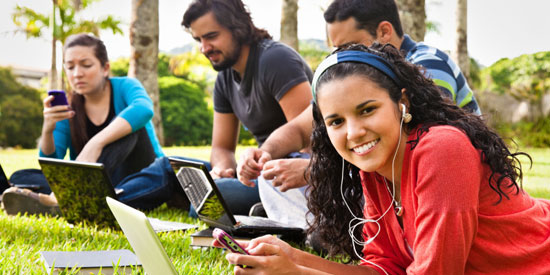 With every new generation there is always a cultural gap between them and those who came before. It’s a struggle between parents and children or teachers and students. There’s a disconnect between youth and maturity that no generation has ever been able to bridge before the next generation comes about for them both to complain about.

It’s always the same. The older generation views the younger as a bunch of whiney slackers while the younger sees their predecessors as frigid and out of touch. To the since dubbed “silent generation” the baby boomers were a bunch of drugged up radicals and Gen Xers were a group of miserable layabouts. The main generation clash these days it between the Boomers who are preparing to leave the workforce and the young adults who they perceive as the entitled, lazy Millennials who will be taking their place.

I hear a lot of shit and accusations being tossed my way as a Millennial but before we can get into that it’s probably a good idea to define the Millennial Generation, or Generation Y.

Defining the dates for generations has never been an exact science. Some consider Millennials to be those born between 1980 and 1995 which some may notice seems to cut into and take away from Generation X who Millennials have taken many social and political cues from. A more accurate representation of my generation would probably be those born between the mid-80s and early 2000s. We’re the first generation to grow up with the internet and the last to remember what the world was like before, even if it was just barely.

The main trait that seems to be attached to Millennials is a gross sense of entitlement. There’s this notion that we’re spoiled little shits and maybe we are. We don’t have to dodge the draft or wait in lines at the post office. If someone told me I had to go to war or pay for postage stamps I’d tell them to fuck right off because I have the right to choose not to enlist in the military and I own a computer.

Don’t get me wrong, the whole self-esteem movement did a lot more damage than good. We were raised under this philosophy that every child is special and that criticism is detrimental to our development so some of us never really learned proper coping mechanisms. The adults around us were so worried about doing any kind of damage to our precious psyches that we’re unprepared for the real world beyond gold stars and bubble wrapped corners. Even the way we felt about chores was considered more important than learning to do them and now I know people who at 20 years old don’t know how to use a washing machine. I’m not saying it’s your fault, parents… but it totally is. We feel entitled to certain things because we’ve been trained to but a little time out of our parents over bearing clutches seems to be enough for most kids to wise the fuck up and learn to be functional adults. That being said, I know plenty of people my age who are under the impression that they’re a unique, one of a kind, snowflake and through virtue of being special the world owes them something whether they’re willing to work for it or not.

Those kids do definitely exist and I hate them too. Don’t you know people like that of every age? I do. In my working experience no customer feels more entitled than the middle aged demographic sorry to say. Sometimes a turd is a turd no matter what year it was born. To say that mind set is applicable to a group of over 80 million people would be false. Most of us work hard and want to be contributing members of society. I don’t think that as a whole Millennials are anymore entitled than any generation to come before us. Yes we want and expect more of the world than you ever asked for but every generation demands more. Demanding more is how you keep progress rolling and that’s important for society. One day maybe we’ll reach a point when we can say “Ok, we’re content. Everything is perfect and our quality of life can’t possibly get any better so lets just quit while we’re ahead” but I highly doubt it.

The media likes to spin it as if we’re all suffering from peter pan syndrome. A bunch of lazy assholes in tights and covered in pixie dust just sitting around until we get the chance to fuck with some pirates.

Contrary to popular opinion I find most people in my age group do little else but work. Many are full time students with part time jobs. Some with volunteer commitments on the side. When I was in school I had classes four days a week and worked the other three so I didn’t have a whole lot of time to sit around on my ass no matter how badly I longed to do so. It’s true young people are living with their parents longer than ever but with today’s job market can you blame them? Sure, some people genuinely are just mooching off their parents as long as possible but for most they’re still at home because they don’t have any other options. Most people over the age of 22 still living with mom and dad resent that they have to but they’re financially unable to support themselves. There aren’t enough jobs, let alone jobs looking to hire without prior experience. And if you can land a job chances are it’s part time and earn minimum wage. Good luck finding a second.

You see, despite Millennials being widely regarded as the most privileged generation in a lot of ways that statement is false. Sure, we have grown up with cellphones and information at our finger tips and in that regard we are definitely privileged. We’re in the age of technology and being raised on it gives us a distinct advantage in the new world order. We also have the benefit of growing up in the most tolerant society to date. Don’t get me wrong, we still have a long way to go but generations before us did a lot of the heavy lifting with the civil rights movement, women’s liberation, and taking major steps in the way of the LGBT community. But are we the most privileged Economically and environmentally speaking? Not by far.

Baby Boomer’s grew up in a time of economic prosperity and entered a budding workforce unlike the generations before and after them who grew up in the aftermath of economic depressions, market crashes, and recessions. These days the housing market is bleak, job prospects are limited, and student loans could put you in debt for the rest of your life. Those by the way are the student loans you have to take out to pay the grossly inflated tuition it costs in order to get the education that you need to enter the workforce. A workforce that doesn’t really want you.

The unemployment rates amongst millennials 18-19 in the U.S. are 50% higher than the national average, we can expect to go through 10-12 different jobs in our adult lives, and 54% of 1,414 Millennialls surveyed named debt as their number one financial concern 42% calling it “overwhelming”. We’re facing a kind of economic and professional uncertainty on a mass scale our parents have never known.

Environmentally we’re being left an earth that’s already been pillaged of much of it’s resources and in the violent throws of climate change. We haven’t got long before half our planet goes the way of Atlantis and the other half turns into the set of an Australian post-apocalyptic action flick.

6 thoughts on “Millennials: An Insider’s Perspective”

An cynical 23 year old with an active imagination and foul mouth who's just trying to stumble her way into adulthood with as few bruises as possible.